What Is Burstable Bandwidth? Five Points to Consider 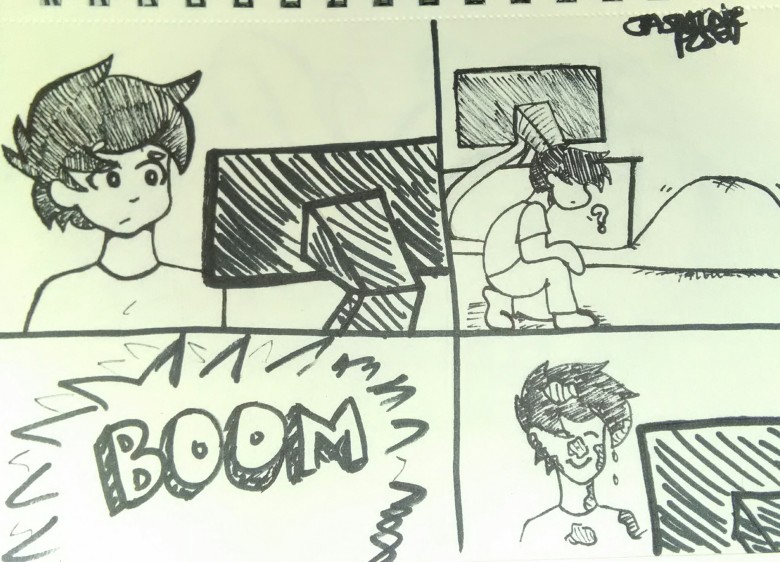 Internet Providers continually use clever marketing analogies to tout their burstable high-speed Internet connections. One of my favorites is the comparison to an automobile with overdrive that at the touch of button can burn up the road. At first, the analogies seem valid, but there are usually some basic pitfalls and unresolved issues.  Below are five points that are designed to make you ponder just what you’re getting with your burstable Internet connection, and may ultimately call some of these analogies, and burstable Internet speeds altogether, into question.

These five points should give you a good idea of the multiple questions and issues that need to be considered when weighing the viability and value of burstable Internet speeds.  Of course, a final decision on bursting will ultimately depend on your specific circumstances.  For further related reading on the subject, we suggest you visit our articles How Much YouTube Can the Internet Handle and Field Guide to Contention Ratios.

Bursting Is for the Birds (Burstable Internet Speed)

From many of our NetEqualizer users, we often hear, “I want to offer my customers a fixed-rate one-megabit link, but at night, or when the bandwidth is there, I want to let them have more”. In most cases, the reasons for doing this type of feature are noble and honest. The operator requesting it is simply trying to allow his or her customers access to a resource that has already been paid for. Call it a gesture of good faith. But, in the end, it can lead to further complications.

The problem with this offering is that it can be like slipping up while training your dog. You have to be consistent if you don’t want problems. For example, you can’t let the dog lick scraps off the table on Sunday and then tell him he can’t do it on Monday. Well, the same is true for your customers (We’re not insinuating they are dogs, of course). If you provide them with higher speeds when your network isn’t busy, they may be calling you when your contention ratios are at their peak during times of greater usage. To avoid this, it is best to not to let them ever go above their contracted amount – even when the bandwidth is available.

Now that we’ve covered the possible confusion bursting may cause for your end-customer, we should take a look at how bursting affects an ISP from the perspective of variable rate bandwidth being offered by your upstream provider.

Back in 2001, when the NetEqualizer was just a lone neuron in the far corner of my developing brain, a partner and I were running a fledgling local neighborhood WISP. To get started, we pulled in a half T1 from a local bandwidth provider.

The pricing is where things got complicated. While we had a half T1, if we went over that more than five percent of the time, the provider was going to charge us large random amounts of cash. Sort of like using too many minutes on your cell phone.

According to our provider, this bursting feature was touted as a great benefit to us as the extra bandwidth would be there when we needed it. On the other hand, there was also this inner-fear of dipping into the extra bandwidth as we knew things could quickly get out of our control. For example, what if some psycho customer drove my usage over the half T1 for a month and bankrupted me before we even detected it? This was just one of the nightmare scenarios that went through my head.

Just to give you a better idea of what the experience was like, think of it this way. Have you ever made an international call from a hotel because it was your only choice and then gotten nailed with a $20 fee for a two minute conversation? This experience was kind of like that. You don’t really know what to expect, but you’re pretty sure it’s not going to be good.

I’m a business owner whose gut instinct is to live within my means. This includes determining how much bandwidth my business needs by sizing it correctly and avoiding hidden costs.

Yet, for many business owners this process is made more complicated by the policies of their bandwidth providers, bursting being a major factor. Well, it’s time to fight back. If you have a provider that offers you bursting, ask them the following questions:

For many customers that we’ve spoken with, bursting is creating more of a fear of overcharge than any tangible benefits. On the other hand, the bursting feature is often helping their upstream provider.

For an upstream provider who is subdividing a large Internet pipe into smaller pipes for resale, it is difficult to enforce a fixed bandwidth limit. So, rather than purchase expensive equipment to divvy up their bandwidth evenly amongst their customers, providers may instead offer bursting as a “feature”. And, while they are at it, they’ll charge you for something that you likely don’t really need.

So, think twice about who’s really benefiting from bursting and know that a few questions can go along way in evening out the deal with your provider. Chances are bursting may be doing your company more harm than good.

In short, while bursting may seem harmless on the surface for both the ISP and the customer, over time the potential problems can significantly outweigh the benefits. Put simply, the best way to avoid this is to maintain consistency at all times and leave bursting for the birds.